A Surprise Cria – Mom Has No Milk.

A Surprise Cria – Mom Has No Milk.

I am not a fan of surprises, whether good or bad. I certainly don’t like them in the early hours of the morning when my husband wakes me up to tell me that we have a new cria who had been abandoned by all the other alpacas. He could not tell who the dam was. When I got out to the barn the cria was still by herself with one or more alpacas occasionally coming to sniff her. I was able to find the mom ( a maiden ) who would occasionally come to the baby as if she knew she had something to do with it. Then she walked off again. The cria was dry so had probably been born sometime in the evening. Of course, mom had no milk! We thawed out some colostrum which we always keep on hand for occasions like this. Fortunately. the baby took to the bottle immediately. She was small – we later determined around 9 lbs. – but not premature. Once she stood up and started to move around, she was well coordinated and had very long straight legs.

So now we were on a two hour feeding schedule!  We moved mom and cria to a small group where we could monitor them more easily. Later in the day the vet came to do a plasma transfer. We have done this on several occasions when the baby did not get the mother’s colostrum in the critical first twenty four hours. Plasma is something we also keep on hand as does our vet. We also started the dam on Domperidone to encourage milk production. This is also something that we have used successfully in the past.

Over the next few days the baby continued to increase her milk intake and put on weight. She was quite independent and followed the other alpacas around including her mom, but the interaction between them was still far from normal. The cria was small but determined and I named her ‘mighty mouse’. After several days of increased milk intake, she began to take less at each feeding. We checked her temperature and it was normal. Later in the day we saw the reason for the reduced intake. The baby was nursing from her mom! We were so relieved. A bottle baby is extremely time consuming.

They have gone from strength to strength and now they are like any mom and cria and ‘mighty mouse’ is thriving. Sometimes the humans just have to offer supportive care until the animals sort things out for themselves. 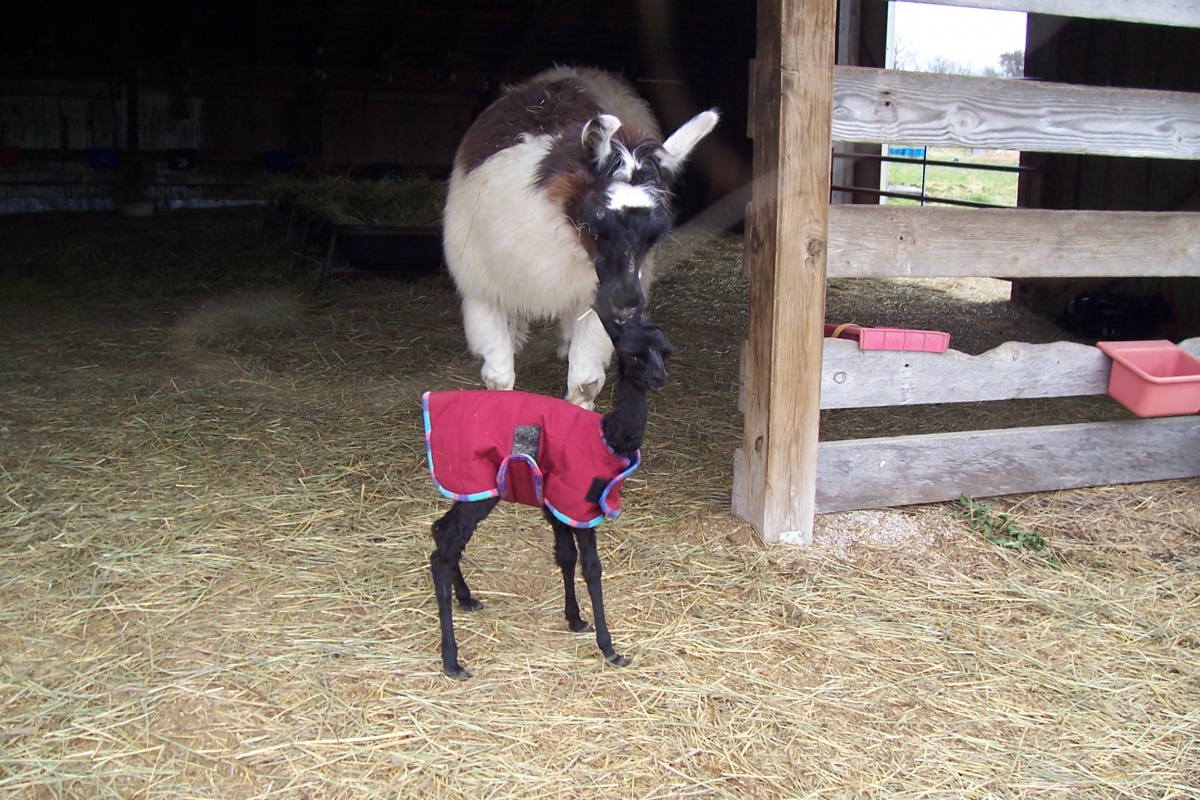 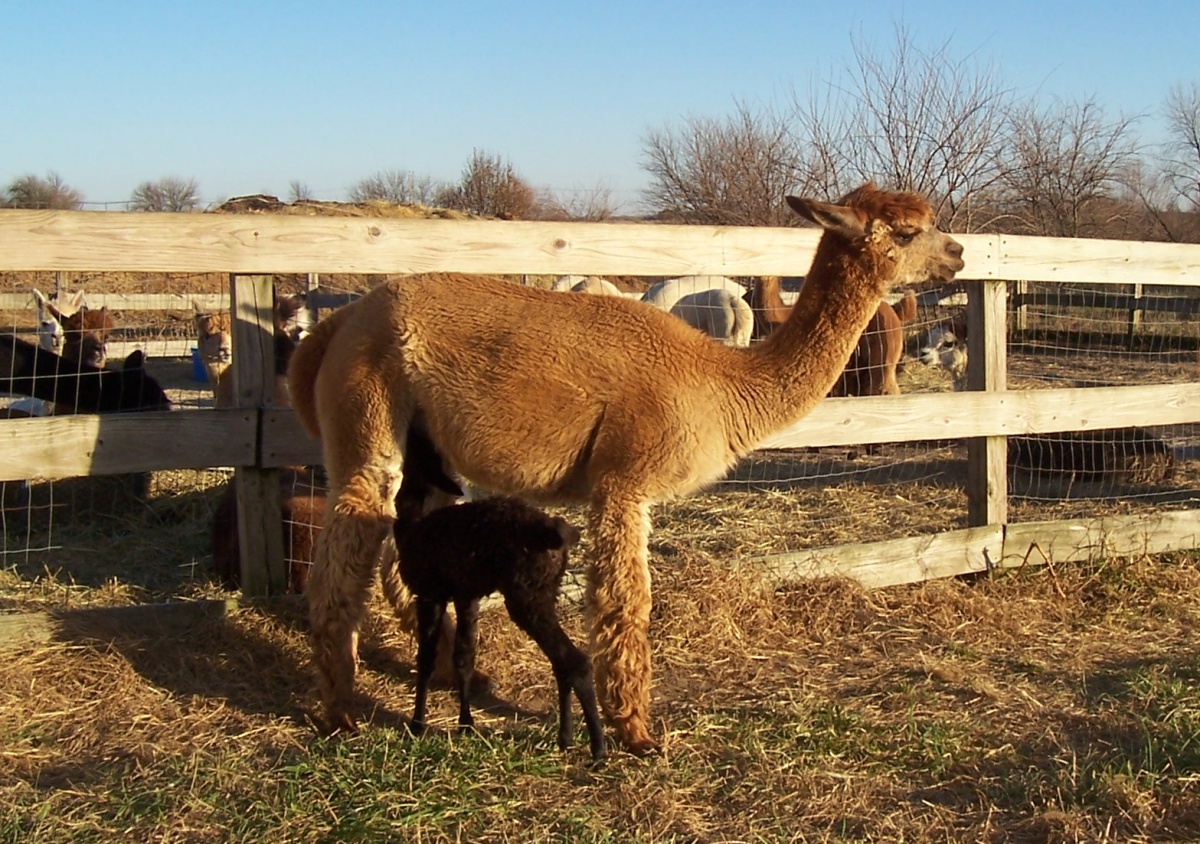